A week of treacherous roads in Europe and political treachery in Scotland, with some of the country’s elected finest doing their best to eradicate the country they were elected to represent. And, conveniently, to divert unwanted attention, to render national politics non-newsworthy, the country had a “red weather” alert, which permitted the official media to talk about the temperatures and traffic jams rather than Scotland’s constitutional mess. How very Scottish. Is it any wonder that I’ve been listening to Anarchy in the UK?

At another level, the failure (deliberate action?) of the UK government to develop a coherent policy approach to Brexit has given impulse to the EU to propose the following, which really pisses me off. 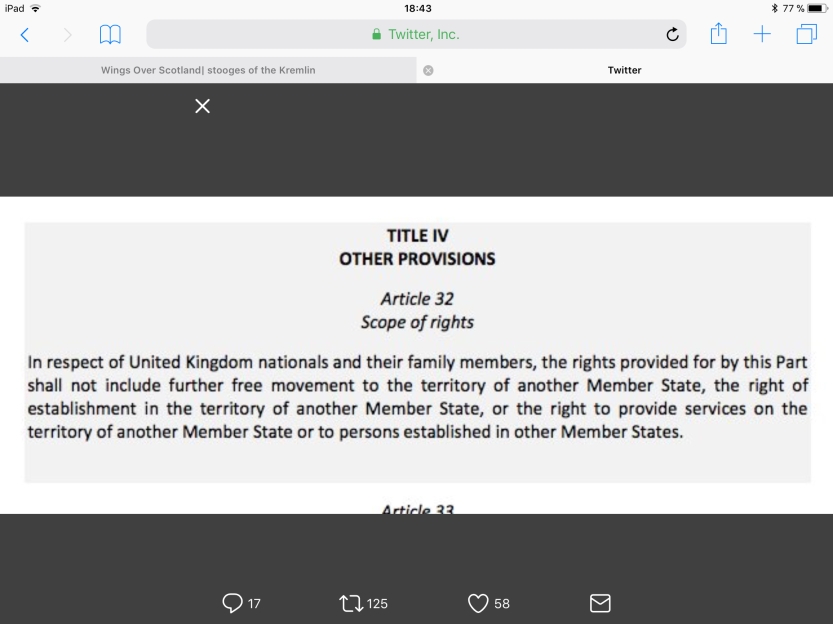 enjoy the video and song: treachery